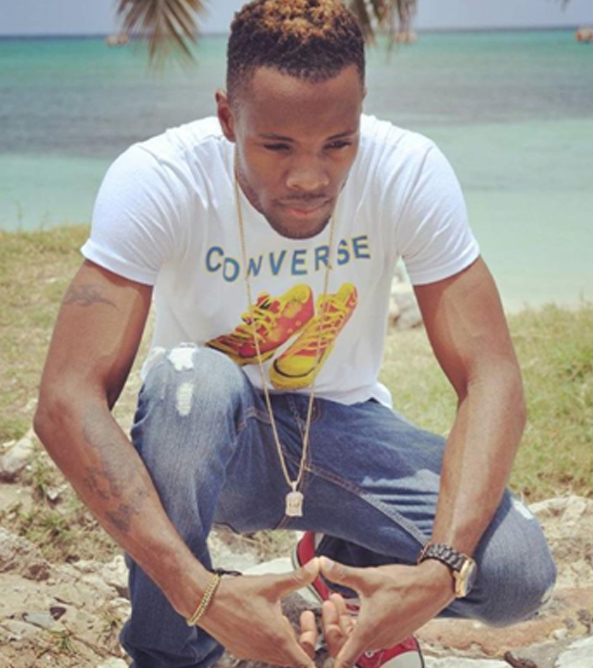 The thumping bassline is the key anatomical part to Jamaican music. In an age of synthesized music and computer manipulated beats, when you hear live music, it blows you away.

That is exactly what happens when Mixing Lab, spews beats from his magical vocal box. Hailing from Bethel Town, Westmoreland, now residing in Montego Bay, St. James Jamaica. How can one man play so many instruments? It’s a rare talent, but one that Dervin Lee possesses.

You don’t find many world class beat boxers who can blow high flight Grammy producers like Sly off his feet. It is an art and gift that no other this side of the world has mastered.

He can mix the beats faster than Usain Bolt can do a 100 m dash. He honed his talent from the time ‘him did a wear short pants’; manufacturing drum beats,
rhythm, and musical sounds using his mouth, lips, tongue, voice, nasal passage and throat.

Mr. Lee is well rounded with his talent, he is not only the best in beatboxing, but he has strong vocals to showcase as well. His most recent single out now is “Mi Wah Rich” Produced by RoRo Jammings Productions.

He is also featured on “Tow you pan mi bicycle” by Rollyn Dyce produced by RoRo Jammings and “Mek Money” by Alozade. Mixing Lab has a lot more work waiting for the world to hear.

“Yeeh It is I De Alozade”, sounds familiar right? Well those are the popular introductory words by one of the most talented deejay’s coming out of Kingston, Jamaica; Michael Sterling aka Alozade. The young deejay erupted on the music scene in 1999 with a song called “Street Dreams” recorded on the Crash rhythm for Byron Murray’s In the Streets Records label. The song did well on the local charts and signaled the arrival of this gifted deejay in the dancehall arena.

Armed with his ‘throaty’ voice, unique toasting and ‘poster- boy’ image, Alozade seized the initiative and took the dancehall by storm, consistently unleashing hits after hit. Prior to that, having had a burning desire to make it in the music business as a deejay, the former Ardenne Extension High student voiced his debut single “Top of The Line” for the Stone Love label. He then did “Mr. Mention”, for the African Star label and gained much needed recognition for those efforts.

RoRo Jammings is working on a new single with Alozade to be released in 2019 on the Bounce Back Riddim. 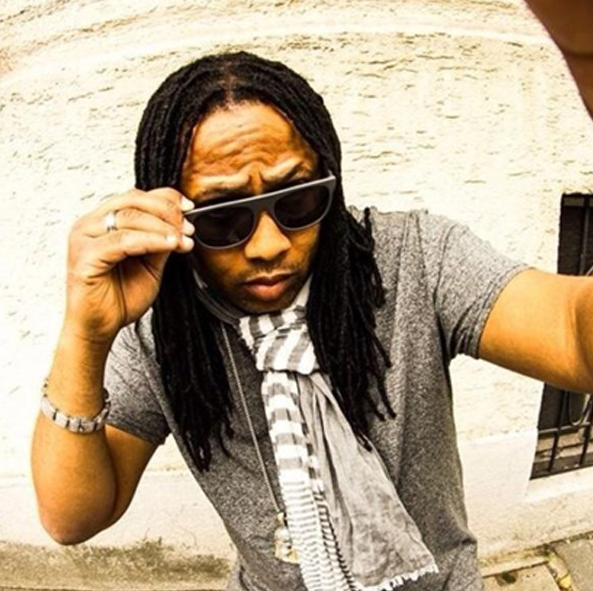 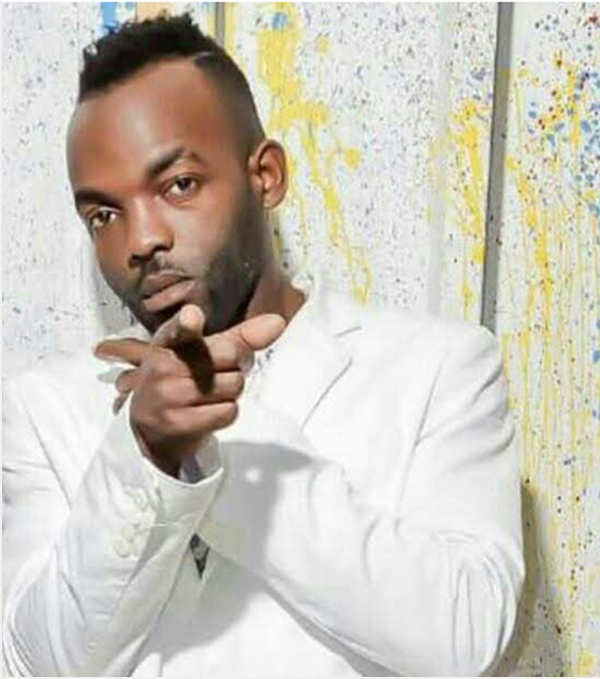 Rollyn Dyce attended Albert Town High School, and was inspired by recording artist like Tupac Shakur, Biggie smalls, Bob Marley, 50 cent, Eminem, Sizzla
kalonji, Peter tosh, Beenie man, Bounty Killer and others. Rollyn Dyce recognized his passion for music at the age of 13. Rollyn Dyce started to write his own lyrics
and perform his own songs which help to grow his love for music until there was no doubt in his mind that music is his destiny. After high school Fabion dedicated
his life to his passion. Rollyn Dyce was later introduced to ‘House of Strength’ records by Chung Lee. His first performance was at the RJR road show in Montego Bay, Jamaica.

His newest single “Rich This Year” and “Tow you pan mi bicycle” is creating a buzz in the streets. His singles are available on all digital music platforms.

RoRo Jammings Productions is yet again set to work with a rising young talent known as Wayan Frazer a.k.a. DeeClef. This promising young artist has a great voice and can give you any flow of genre you wish.

RoRo Jammings has been following his music career since 2017. In January 2019, we contacted the artiste with a concept for a song on our Drop King Instrumental. With no hesitation, Deeclef wrote the song and got the recording done.

Frazer was born and raised in Mandeville, Manchester, Jamaica. DeeClef knew from a young age that music would always be his best friend. The young star graduated from Victor Dixon High and shortly after, relocated to the states in 2016 where he continued to pursue his passion for music. Influenced by the sounds of classic artists such as Chronixx, Romain Virgo and Beres Hammond, DeeClef has been writing his own lyrics for over 10 years. He further stated that he is inspired by Dancehall greats Bounty Killer, Mavado and Assassin a.k.a. Agent Sasco. DeeClef has entwined his Dancehall and Reggae heritage with the sounds of American and African music to produce an all en-compassing vibe sure to make music lovers of all genres feel the groove! Following in the lyrical footsteps of his father, Wayne Johnny P. Frazer, DeeClef now 23 years young is embarking on his own musical journey throughout the United States with his biggest supporter riding by his side. While remaining confident in his skill, Wayan gives all praise for his success to the Almighty Creator. “With HIM I’m able to do anything I can dream of. The Father has given me favor and I intend to work hard and remain humble through this journey we call life.”

You can find music by Deeclef on all major digital platforms. Songs such as Forward, Don’t Wanna be alone, Apprentice, Breeze and many more.

RoRo Jammings and Deeclef’s first cohesive work will be out on October 25, 2019. The concept, rhythm, vocals, lyrics, video and artwork for the single “Bull Inna Pen” is a winning combination to end the year. This single has a positive message that every and anyone can relate to. All we have to say is “Free up the pen”. We are hoping fans will support this song to send it flying up the billboard charts to the #1 spot. 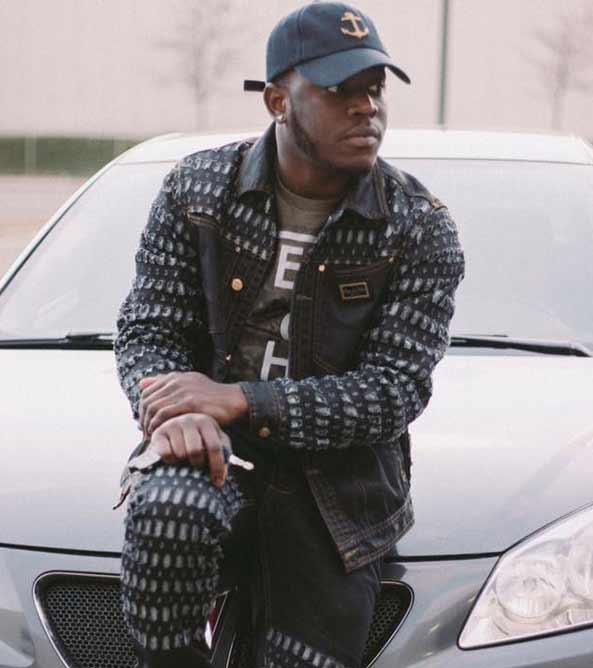 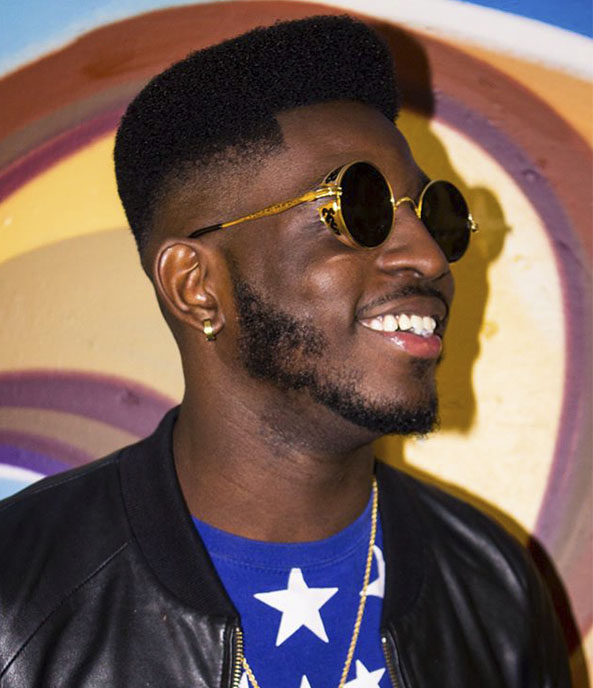 Jay Heart a young, refreshing and rapidly emerging talent hailing from Jamaica has been taking the St.John’s, Newfoundland & Labrador scene by storm, performing many live shows around George Street in local bars and pubs and opening for bands such as Lover and The Analog Age.

Joliker “Jay Heart” Leandre, a multi-instrumentalist, singer, songwriter, and producer with a unique voice and style, known for his smooth vocal tone and captivating falsettos. Although he focuses mainly on R&B/Soul his musical influences vary from Hip Hop, Pop, Dancehall, Reggae, Soca, Gospel, Neo- Soul to name a few. Jay Heart’s inspirations include Micheal Jackson, Stevie Wonder, Brian Mcknight, Ed Sheeran, Ravyn Lenae to name a few. Despite these influences, Jay Heart brings his own unique and futuristic sound to the R&B world and will continue to expand and develop his sound in the future. Jay Heart also writes, mixes, masters and produces all his music and this passion and love for music has paid off those far. He looks to make some moves and electrify the Canadian scene which will hopefully carry over internationally.

RoRo Jammings Productions and Jay Heart first cohesive work will be out on April 3, 2020. Jay Heart’s single “Cyah Copy” is available on all digital music platforms.